Akhil Vadehra is a fourth-generation Globalpreneur from India. He is the Founding Executive Director of the Histare Group, which he founded in the year 2016. Akhil is responsible for setting the overall direction for the company and its associated social outfit The Vadehra Histare Foundation, where he serves as the Executive President, to solve some of the world’s toughest challenges.

Since the age of 6, Akhil brought many things that he imagined into reality and passionately ideates to contribute inestimable and great things in the World of Creations. He has been an acclaimed pantomime artist and is fascinated by Indian art and craft.

At the age of 17, Akhil launched his mission to re-nourish his family businesses and established The Ornate Chronicle and was appointed as the International Director for The International Literature Festival.

Akhil has been awarded by various National Groups, Councils and organisations.

Dr. Rikimi Madhukaillya is a Delhi & Mumbai based art academician. She is currently working as Associate Professor of Cultural Studies in Pearl Academy. She is a critic, curator and art writer writing & researching on a wide range of areas. With BFA in History of Art from Santiniketan, MA in Arts & Aesthetics from JNU, She has a PhD in History of Art. Rikimi heads Histare Office of Research and Advisory.

With decades of experience working in Indian and International markets at the United Nations on humanitarian matters with the Government, Ministries, and Diplomatic corporations along with International media brands, Radhika brings in the expertise of a Creative Business Executive. She has co-founded READ and is working towards Rural Education and Development. Polyglot Radhika has acted in two commercial films and is a ghazal singer, writer, author and a columnist.

Sanjai Seth serves as Chief Executive Officer of My Money Securities Limited since 1993 and is responsible for enhancing relationship with key corporate, financial institutions and high net worth individuals. Mr Seth is engaged in building long term relationships with his clients to help them achieve their commercial, financial and strategic objectives. Mr. Seth has more than 25 years experience in equity and capital market.

Histare' vision complement is confident that, with his extensive business knowledge, experience and expertise in the Broking Business would definitely continue to enhance the Board’s strength and dynamism will benefit immensely.

He holds Master of Finance and Control from Delhi University.

Simran Wahi Vadehra is an Arts graduate from Delhi University and a Diploma holder in Music. Mrs Vadehra is a businesswoman, educationalist, and a philanthropist. She is the Founder and Chairperson of The Vadehra Histare Foundation and has been working for underprivileged communities in India. Mrs. Vadehra has educated more than a million children with her embroidery skills. She is committed to preserving and promoting Indian art, culture and heritage. Mrs. Vadehra's wish to re-create her family businesses and fulfill her late parents-in-law Roop Rani Sita Ram Vadehra’s dreams gave birth to The Histare Group.

Reema is an alumnus of the Delhi University and has pursued dual-degrees specializing in Economics, Food Technology and Education, separate from communication management in design thinking. She has worked with Dairy Craft as the Country head for Business Operations and now advises various lifestyle brands in India and abroad. With an exceptional communication along with her abilities of multitasking, Reema’s flair for content, creative spark and attention to detail, make her an indispensable part of the team. Reema has been painting for over 2 decades and supports various cultural initiatives in India.

Shveta has pursued her graduation in Arts and has trained over 500 students on various aspects including soft skills etc. Her corporate exposure with HDFC makes her a perfect fit to advance the new age minds that shall join our organization. She heads Human Resource Management for Histare.

Rohan Chopra is an alumnus of Northern India Engineering College in Bachelors of engineering in Information Technology and specializes in Artificial Intelligence.

He is a Machine Learning Engineer , Data Scientist and an IOS Developer.

Rohan has joined the Histare Group as the Technology Head and is responsible for the development, design and maintenance of various Internet/Intranet websites. He has also developed softwares used by the organization for integrated customizable listings across worldwide teams.

He is currently pursuing Masters of Computer Science majoring in Intelligent Systems and Database from the University of Texas, USA.

Sagar Verma is a Jaipur based Communication Designer. He has 5+ years of experience in Branding and Design solutions and has completed his Bachelor's in Fine Arts from Amity University, Noida. Sagar’s keen artistic fascination makes him an integral part of Histare's design team.

Arunima Sanyal is a graduate and postgraduate of prestigious Kala Bhavana of Visva Bharati, Santiniketan. She has won several scholarships and awards since 2000. She has exhibited her work extensively, like from Vadodara to Kolkata and from Delhi to Abu Dhabi. Her works are in the collection of limited art collectors globally. With her rich exposure and a keen eye towards Indian art, Ms. Sanyal has joined the archival and curatorial team of HORA.

Jitendra has done Masters in Fine Arts from Pune University. He has worked at Kochi Muziris Biennale and has been associated with many Telugu and Marathi Films as an Artistic Director. He has been awarded by Prafulla Dahanukar Art Foundation and many prestigious Indian organizations. Jitendra has joined HORA as an Associate to Director-HORA and looks after documentation and display programming.

Rajat holds a Bachelors Degree in Operational research and Business Analytics from Delhi College of Arts and Commerce.
He serves as a key member of the Market Research and Business Analytics Department of The Histare Group. He looks after Marketing Research, Data Creation and overall portfolio management. Rajat uses Business Intelligence through SQL and PoweBI data Visualization tools.

Mirel Ahmed is pursuing Bachelor of Technology at Jaypee Institute of Information Technology and specialises into Python programming, Data Analytics and Financial Analysis and aspires to be a Data Scientist.
Miren has worked as a Financial Analyst at Vardhaan Consulting prior joining the Histare group as a Business Analyst and looks after Maintaining & automating data processes for various use cases. Mirel also assists with ad-hoc analysis and any fundamental research exercise to create informative, actionable and repeatable reporting that highlights relevant business trends and opportunities for improvement.

Vivek Sharma has a Bachelor of Commerce with Honours degree from Delhi University, and is a Chartered Accountant, a qualified Company Secretary and has also completed a Forensic Course with ICAI.

He manages Secretarial, Regulatory Compliances and all aspects of the legal practice of the Histare Group.

Akshita is a MARCOM specialist with experience in luxury brand management. Prior to associating with the Histare Group as an Associate Director, she has worked with key brands in the South Asian markets. Under her leadership, Histare Group has emerged as a technology based cultural-heritage outfit. She brings together expertise of an aesthetics driven strategist and looks after overall brand building and management. She has an Honours Degree in Commerce from Calcutta University followed by Post Graduation from Pearl Academy.

Drakshi is pursueing Masters in Information Technology from an University of Indore. She has the knowledge of Javascript and it’s frameworks, PHP and ROR, seperate from front end technologies like HTML5, CSS, Bootstrap and Jquery mobile. Drakshi has joined the Histare Group for the enhancements of the Web-Business cards and maintains compliances with existing standards based on scorecard results.

Abhishek Sharma is an alumnus of Indraprastha University in Master of Computer Application.

He has joined the Histare group spearheading Digital Strategy and Implementation including coordinating worldwide localization of content across multiple countries and improving web effectiveness through analytics and search optimization.

Kunj Rawani is an alumnus of D.J. Sanghvi College of Engineering, Mumbai with a Bachelor of Engineering in Mechanical Engineering. Kunj has been appointed as the Director - Market Research and looks after managing, directing, organizing, and delivering research projects for the company. Kunj's strong attention to detail and the ability to notice patterns within statistics shall help in assessing the market conditions to determine the right product-to-market fit for the advancement of the organization's competitive edge and to expand the market share worldwide. His superiority in Fund Management adds up to the long term Business Investment Planning of the organization. Kunj is an avid reader and a semi-professional squash player and has represented the country in different parts of the world.

Brig Chukerbuti was the Head of Faculty at the armed forces' Defense Management Institute, Director of Symbiosis Institute of Management Studies, and Dean of Faculty of Management at Symbiosis International University. He was appointed as the Executive Vice President of Hinduja Foundation. Under his stewardship, its Rural Development program was awarded “Project of the Year 2017-18” at the India CSR Summit. He piloted the development of the Foundation’s art collection and selected coins were invited by the New York Met for exhibition as part of its 150th Anniversary. Brig Chukerbuti served in the Indian Army for over 30 years taking an active part in the 1971 Indo-Pak war and later in Sri Lanka. He joined the board of the Histare Group for its Strategic development in the World markets. 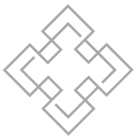 A Worldwide team of Professionals govern the endeavours of Histare.